What can advocacy do for culture?

This interview was originally published on the Compendium for Cultural Policies and Trends
website and is part of an Interview series about the impact of COVID-19 on the cultural sector in Europe.
All interviews can be found here.

COVID-19 has laid bare how cultural policy systems function in countries around the world and raises question of their effectiveness, their inclusivity and the economic and social value of culture in Europe. While the Compendium of Cultural Policies & Trends monitors the current measures being taken, asking what these measures mean in the long term and how they may influence or change structural policy systems, is an equally important task. What are the (research) questions we should be asking and how can we ensure the presence and value of culture in society as a whole?

For the second interview of our series, we spoke to the Compendium’s expert author Zlatko Teodosievski (senior curator at the National Art Gallery in Skopje) about the cultural crises of North Macedonia and the effects of COVID-19 on the politically centralised system. We especially focused on the potential of artistic and cultural advocacy in influencing policies — why is this important and what parameters are needed for cultural and artistic voices to be heard in decision making processes?

I know that most European experts are not very familiar with the cultural sectors situation in North Macedonia, so allow me to explain its essence: the Ministry of Culture has all the cultural funds and nothing can happen in Macedonian culture without its interference. There are no cultural foundations nor any other (local) financial resources. The Ministry of Culture has the power to appoint the directors of the national institutions, to fully finance their programmes and running costs, to control the employment politics and so on. The so-called independent cultural sector is also more or less completely financially dependent on the central government and the Ministry of Culture.

Our Law on Culture, that has been in place for more than 20 years, is one of the most rigid cultural laws in Europe. These are things that cannot change overnight, especially because there is no political will to do so. Even in such a sensitive field as the protection of cultural heritage, the political influence — central and/or local — is so strong that public and expert opinion is insignificant.

If you ask me about the relationship between arts and culture and the North Macedonian government — specifically the Ministry of Culture — I would say that it is very traditional and patronising, centralised and dependent, somehow bizarre and (in a certain sense) derogative. Although it has been thirty years since the independence from ex-Yugoslavia, today’s contemporary Macedonian culture is still seeking its new concept. It was part of the Yugoslav socialistic “cultural scheme” for nearly five decades and it takes time to acknowledge the new reality, to learn that art and culture in a democratic society should not be this state-dependent and that there are ways to change this. Especially since Macedonia aspires an EU membership, it is important to consider these points. So, your question about a ‘pre-coronavirus position’ and the possible ‘post-corona position’, is not very relevant for our situation. I cannot foresee — and do not expect —  any difference, unless we have a major turnaround in political ideas of culture and the political will to welcome these changes.

What role did advocacy play in North-Macedonia’s art and culture sector (and in light of its politically centralised system) before the corona crisis?

I’m afraid that there is no such thing as advocacy in North-Macedonia’s art and culture sector. Culture is not only marginalised politically, but also by the media and public mainstream. Aside from brief information about large and popular events, the media pays little attention to cultural issues or discussions on the government’s cultural policy. There is also no broader public debate about the conditions in which culture is organised, before or during the corona crisis. It was really sad not to hear a word of concern for culture from the highest state officials during the complete lockdown. People were more worried about opening restaurants and cafeterias than museums, libraries or theatres. At the same time  the cultural field itself remained very quiet. There are lonely voices of course, especially the Syndicate of Cultural Workers and a few NGO’s. However, since everything in Macedonian culture literary depends on centralised decisions and the will of the Ministry of Culture and the government, this is understandable.

There is an underlying public concern (within NGO’s, media, social networks, etc.) on the subject of protecting cultural heritage — especially regarding the city of Ohrid (which is under UNESCO protection) – but the officials remain deaf for the public unease and expert’s recommendations.

On March 30th, there was still no acknowledgement by the government or Ministry of Culture of the effect of the COVID-19 pandemic on its field. What have been the recent developments regarding measures?

The first steps for certain measures that will help the cultural sector were taken by the independent cultural sector (or at least part of it) and the Syndicate of Cultural Workers. They filed an initiative for special measures to help the independent cultural sector to the Prime Minister, the Deputy Prime Minister, the Minister of Culture and the Mayor of Skopje. Publicly, there were indirect supportive voices as well, although very few. The Compendium’s efforts on COVID-19 and its impact on culture were also very helpful in order to know what other European countries are doing to mitigate the effects of the lockdown on the cultural sector. I wrote several texts on this theme. And it worked, together with some necessary ‘pressure’ from officials within the government. The initiative suggested several basic measures, including a special fund for monthly subventions for the independent sector, urgent overdue payment of the grants for 2019, and monthly financial help for the ‘independent’ (self-employed) artists. On May 29th, the government — in cooperation with the Ministry of Culture — introduced new measures that cover monthly payments (minimum wage) for freelance film workers and other artists and cultural workers.

Is there something that can be said about how these measures might positively influence the future cultural policy system?

Above all, these measures will serve as a landmark for any future situation that is similar, meaning that culture is important and that artists and cultural workers need support of any kind – especially financial – along with everybody else in the country. Macedonian culture is far from an important economic factor, but it certainly needs equal help and support. I hope that this will be a kind of a turning point for the government and the political elites, that they will start accepting culture not as something that only costs money but as a sustainable factor. In countries like North Macedonia, with new democracies and an old fashioned (quasi socialistic) understanding of culture as a big spender of the state budget, it is very important to show that the government slowly but effectively understands its importance.

Lastly, the city of Skopje has launched a number of measures of their own. What, in light of North Macedonia’s centralised system, do these kind of regional or municipal measures mean for the cultural community?

This pandemic situation has triggered a lot of interesting new ideas and initiatives throughout the world. Many of them are dependent on the political will of the local authorities. In this regard, the city of Skopje is a good example. For the first time, the city has shown its will and persuasion to not ignore the pandemic but to help artists and cultural workers during this period. This means a great deal for culture, because it shows that cities do not actually completely depend on the phlegmatic Ministry of Culture. There were similar measures and initiatives in several other cities, but on smaller scales and not throughout the country, unfortunately. The example of Skopje would have been an excellent opportunity for the Ministry of Culture to take such an initiative and support similar measures and programmes in smaller cities, financially or otherwise.

Zlatko Teodosievski is an expert author of the Compendium of Cultural Policies & Trends and senior curator at the National Art Gallery in Skopje. Before, he was the Assistant Minister and Deputy Minister of the Ministry of Culture of Macedonia. Alongside his career at the National Art Gallery and the Ministry of Culture, Teodosievski has been a member of different national and international organisations (International Council of Museums, Association of International Art Critics, Association of Art Historians of Macedonia, Republic Committee of Culture). He is also active as a curator of art exhibitions and publisher of several essays and studies on the issues of North Macedonian culture. 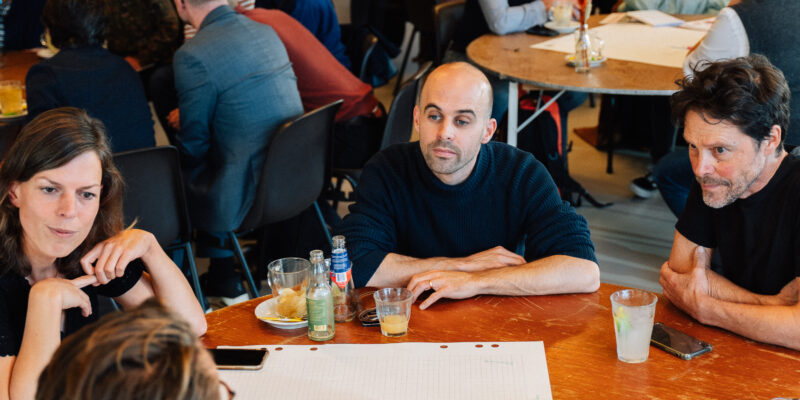 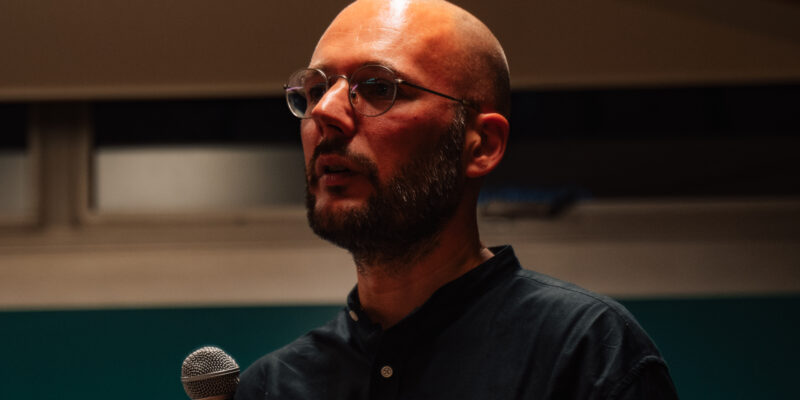 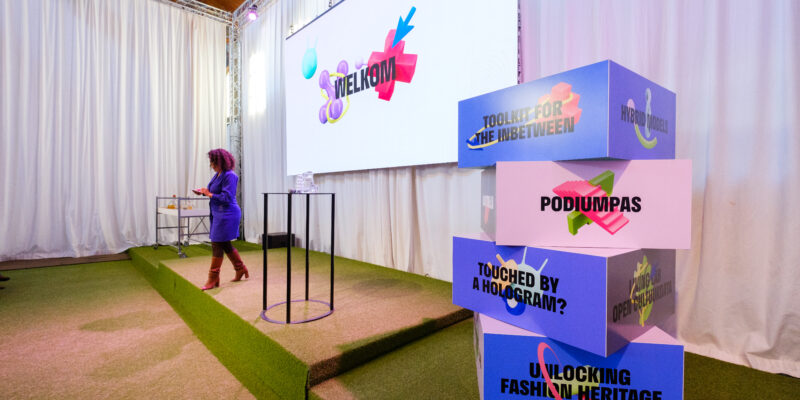